*to be noted that I do speak Russiaan, hence the experience slightly simpler (or maybe not).*

1)Got to Bazaar Osh. Marsrutka 265 was parked already. Chatted with the driver to get us as close as possible to the National Park. The route going to Kashka Suu only however agreed that he will drop us to the first gate at extra cost (there are two gates). 100 som each. Defo overpaid here. I believe the ride to the village is only 25 som. Never mind... Took us 1hr10min.
Before the trip we were chatting with couple of taxi drivers. One of them was looking for 1.500 som from the Bazaar Osh to the Alplager for a one-way ride or 2.000 som for a return trip. Other driver was looking for 1.000 som for a one-way ride. I was saying that it's too expensive, but he said that everyone paid this, etc. Once we walked away no one was chasing us so we could not get any cheaper.

2)At the gate 1 is the entry to the National Park and the entry fees needs to be paid here. Lady was selling drinks, crisps, sweets, etc. Walked a bit further from the post and started to hitch-hike for the car passing by. 4 min later car stopped. Taxi driver heading from Bishkek to pick up a couple who pre-booked him to bring them back to the city. Arrived at the gate 2 and gave him 100 som (he did not say no, but defo overpaid here).

3)The hotel here and I believe you can get some food here also. Map highlighting the walks. Tip here! Couple meters from here road swings towards right or there is a path to the left. If you do follow the path you end up on the walk. However this is a steep and not the easiest start of the whole experience. We (by mistake) followed the road to the right towards the river. Along the river and then to the left. Here we ended up at the dead end. BUT- easy enough over the stones and very little water stream and then steep'ish clime up and we ended up on the walk path. I believe this is great way doing the same walk, but avoiding the steep start of the walk. 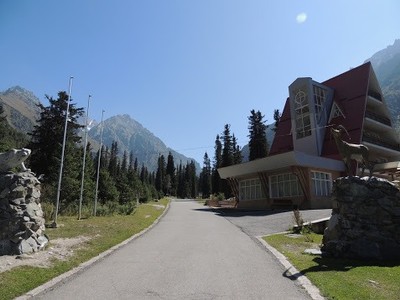 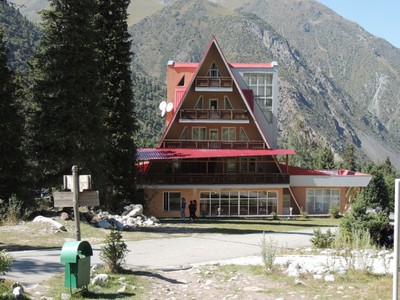 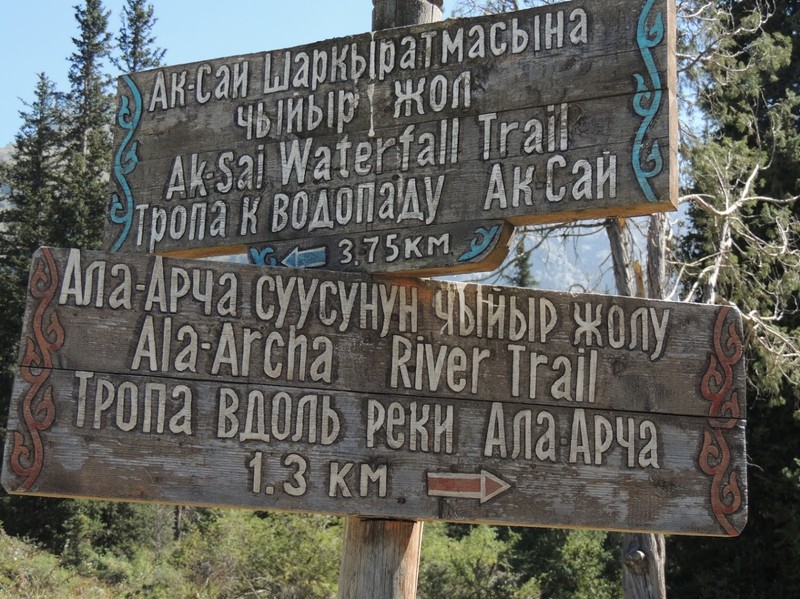 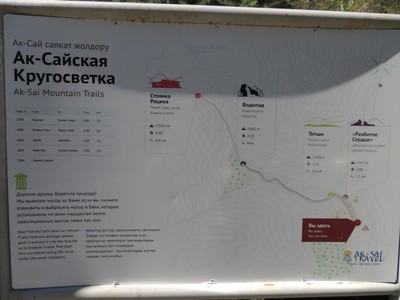 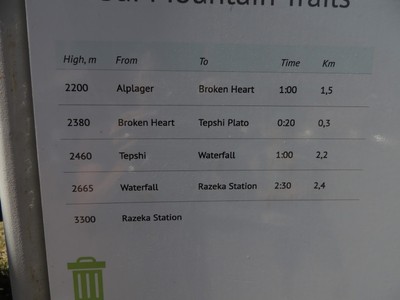 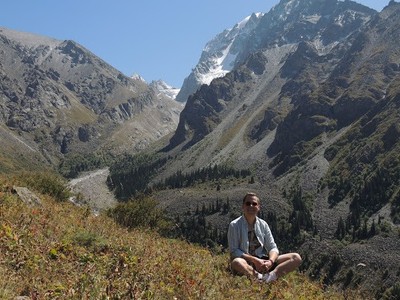 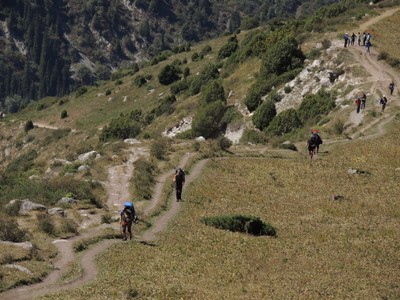 4)After the walk we got back to the gate 2 (Alplager). We were tired and decided just stand and wait for the cars. Waited 10-15min when the park rangers stopped to give us a lift. 'Money. Money' he said in English. I said 'Yes' and we agreed that he will drop us back to the gate 1 (he was heading to gate 1 only). Gave the driver 50 som and he did not comment on this.

5) Walked fem meters and waited for cars. Car stopped. Deal was to get from here (gate 1) to the village, where we can pick up marshrutka back to Bishkek. 50 som. He said each, I said no...in total. He was a taxi driver, he said. He was heading back to Bishkek. Agreed that we do the entire journey for 100 som. Thought it's OK deal as marshrutka will be 25 som x2 + 50 som as agreed to the gate. Nice chat along the way. Arrived to the city and he dropped us at the bus stop. Picked a city bus heading to our hotel. 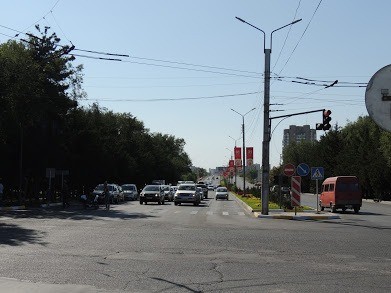 See the itinerary of this trip, and details about each destination.

Posted by ToddP 07:00 Archived in Kyrgyzstan

Previous Next Table of contents

Comments on this blog entry are now closed to non-Travellerspoint members. You can still leave a comment if you are a member of Travellerspoint.

If you aren't a member of Travellerspoint yet, you can join for free.